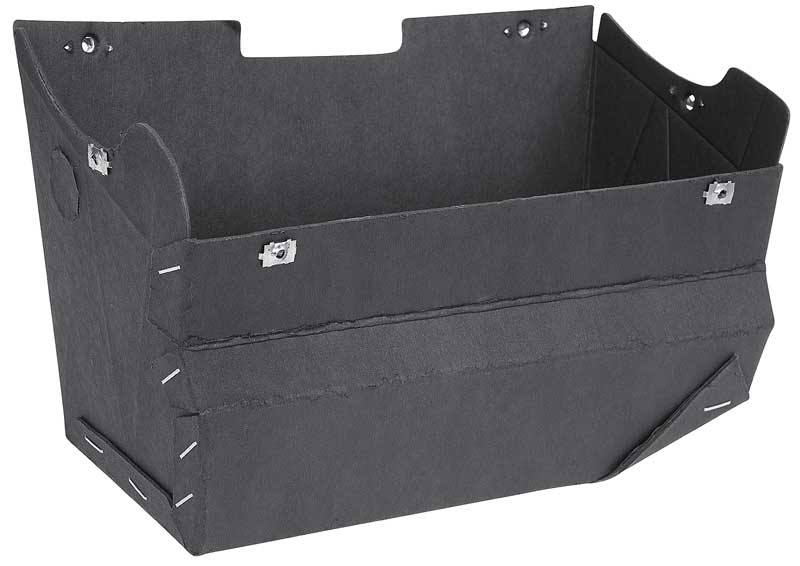 This reproduction of the original glove box insert liner is designed for use on the 1960-63 Falcon, Comet and Ranchero models. Each pre-assembled glove box is die-cut, folded, stapled, and ready to install. The glove box comes with OEM style mounting holes and tabs for an authentic original fit. It weighs four pounds and ships via UPS.