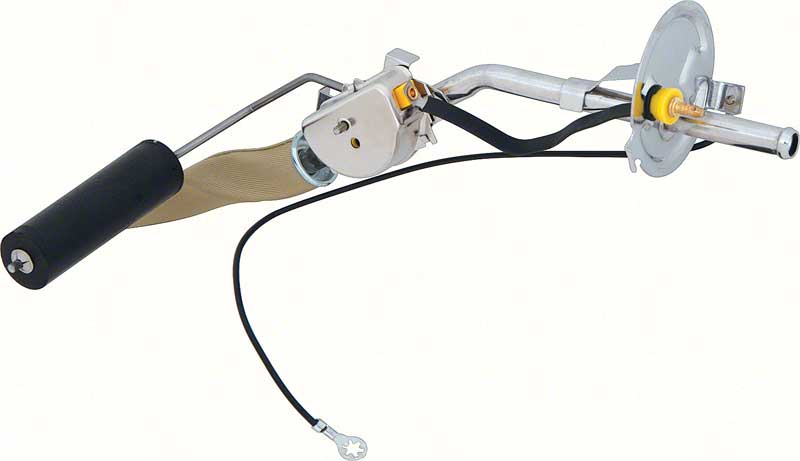 The most accurate reproduction fuel tank sending unit in the industry, with original design for an authentic fit and genuine appearance. Each sending unit includes the sender, gasket, filter, and a brass float as original. This unit monitors the fuel level in your vehicle’s tank, and sends that information to your fuel gauge. Replaces OE # 6426973.