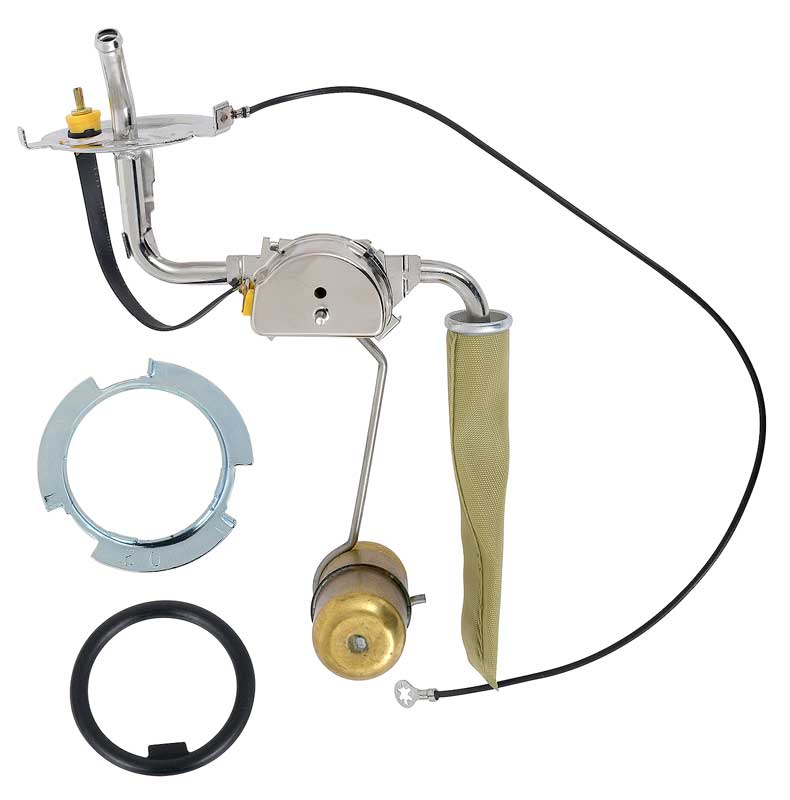 Reproduction of the original fuel tank sender unit designed specifically for 1966-67 Chevrolet Chevy II and Nova models with a 2 bbl carburetor with 5/16″ line. Each sender is produced in quality steel to resist corrosion within your fuel tank. Provides the fuel gauge with the signal to indicate fuel level. Comes with brass float, filter, and gasket to seal the unit where it mounts to the fuel tank.

Note: For proper installation the float empty stop must be bent straight and and then bent back once unit is in the tank.