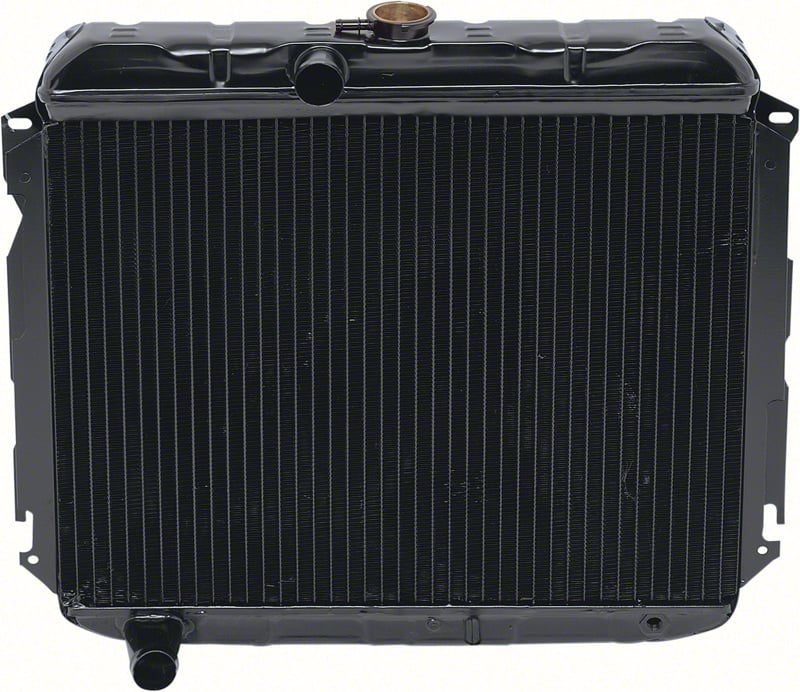 OER¬Æ replacement radiators are manufactured completely from durable copper / brass materials, ar e designed to meet the cooling needs of stock engines and will bolt in without modifying your radiator support or support top panel.

For models with an automatic transmission, see part # M B2381A