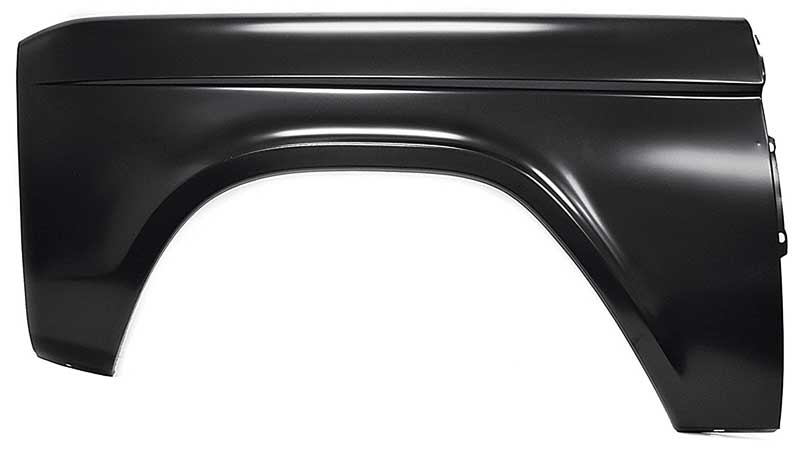 Reproduction of the original front fender designed for use with 1966-77 Ford Bronco models. Each front fender is manufactured in stamped steel to original factory specifications featuring correct contours for an authentic appearance and fit. The emblem holes are not punched for a clean look but can be easily drilled for a stock appearance. Comes with a black EDP coating for rust and corrosion prevention. For use on LH drivers side