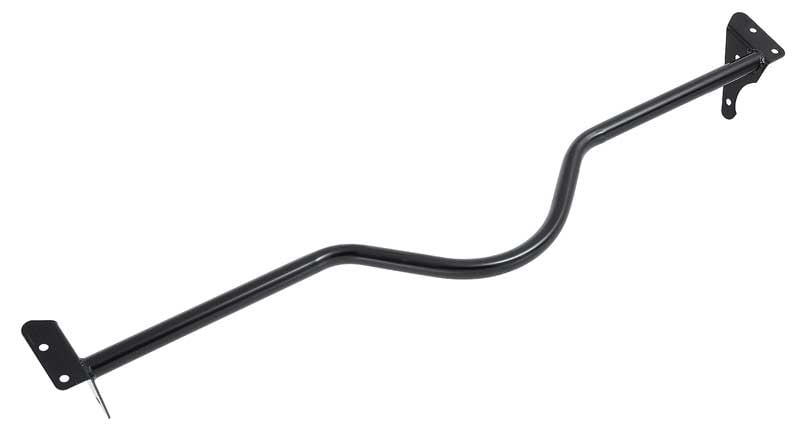 Reproduction of the original curved Monte Carlo Bar for 1967-68 Mustang or Cougar models. This bar is essential in strengthening the front of your car for improved handling. The Monte Carlo bar bolts between the two shock towers and is available in straight or curved style. This bar features black painted finish.

* Due to variances in welding tolerances in the shock tower area from one vehicle to another, be prepared that some modifications may be required in order to obtain proper fit of the Monte Carlo bar on your particular vehicle. Modifications may include positioning of the bar on your vehicle as well as adjustment the bolt hole locations.