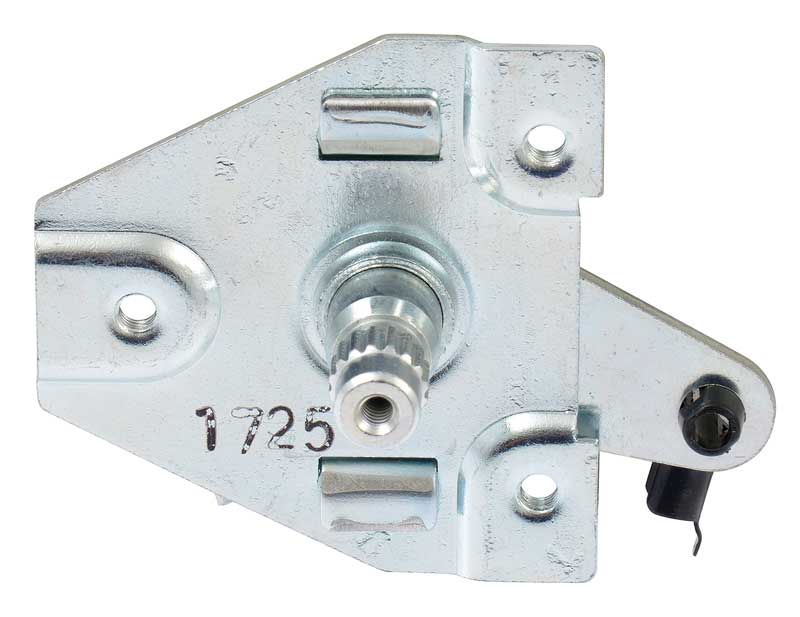 Reproduction interior door handle control assembly for 1966-67 Falcon, Ranchero, Fairlane, Comet, as well as 1967-68 Mustang and Cougar models. This part accepts the interior door handles to assist in the opening of your door. Iridite plated for corrosion resistance. Sold individually. One required per side. This item fits the driver side of the vehicle.