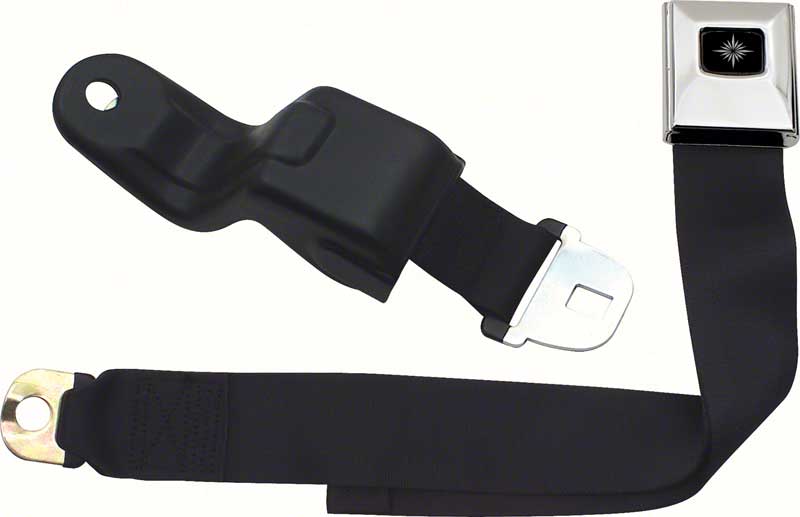 Quality reproduction of one of the most sought after detail and safety related products required for your Camaro or Firebird. When General Motors introduced the F-body platform, many new safety features were introduced along with it, including these retractable front seat lap-belts. This reproduction seat belt assembly features a high grade, blow-formed ABS retractable belt housing, an original-style webbed design belt featuring the correct patterned stitching and a correct seat belt retractor/roller assembly. For use with deluxe interiors, the belt buckle is manufactured in die-cast chrome featuring OER’s exclusive silver starburst logo on a black button reminiscent of the original button colors. The most accurate reproduction belt set available in the market today! Sold individually. 2 required per vehicle. Belt webbing comes in black.