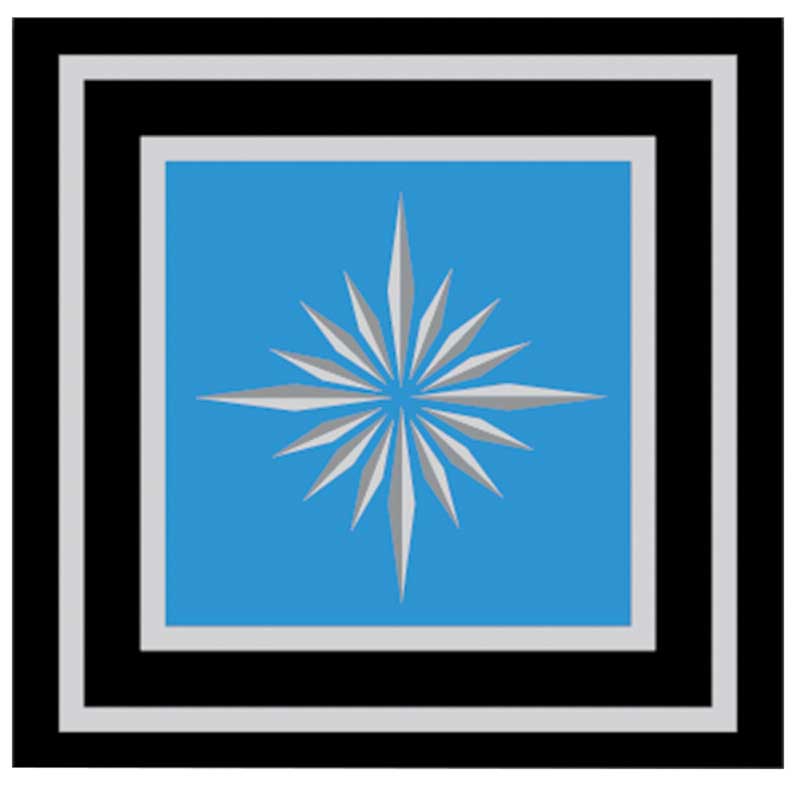 Replacement style seat belt buckle self adhesive decal for 1968-69 GM models with standard interior. Designed with OER’s exclusive and unique “Starburst” design, each decal comes in a color scheme that is reminiscent of the original embossed logo. Each pair of decals features the “Starburst” logo in silver, on a blue background with chrome borders. These seat belt emblems may also be used on our replacement lift latch seat belts for a unique factory-like appearance. Sold in pairs. Use as required. Measures approximately 22.35 mm x 22 mm, or 7/8″ x.7/8″. This decal can be used on almost any seat belt.