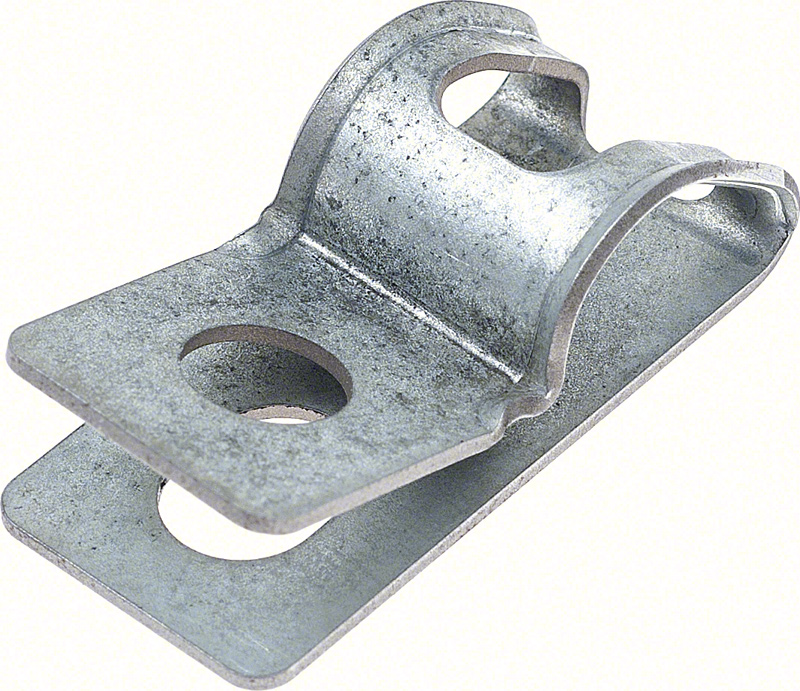 Correct clip for attaching fuel and brake lines to the frame on various GM models. This clip is made of galvanized steel and is designed to accept one 3/8″ and one 1/4″ steel fuel line or one steel brake line. Bolt hole is 3/8″, bolt not included.

You are assured that every OER¬Æ part offered is manufactured to exact specifications and will fit and function just like the original part. What’s more, most OER¬Æ products are officially licensed and carry a full 1 year warranty against defects and workmanship. Far above most other manufacturers of restoration products, the OER¬Æ symbol denotes the finest restoration products on the market. Look for the OER¬Æ symbol before buying your restoration parts.