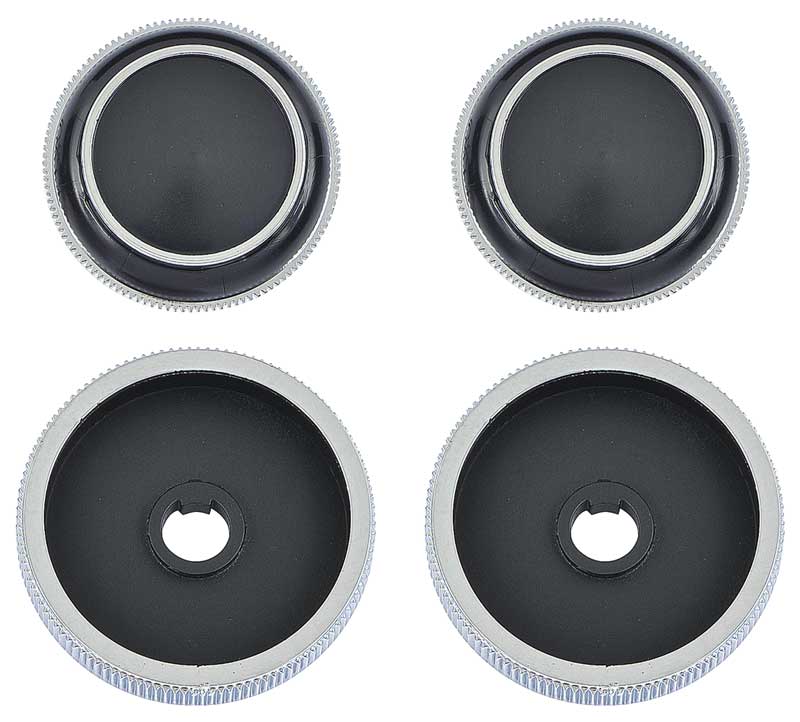 Orders from this vendor ship in 2-3 business days

OER¬Æ reproduction of the original 8 track control knob set designed for use on 1970-81 Pontiac Firebird models. The original GM 8 track tape decks were very rare, but if your Firebird has one, the knobs will surely need replacing. These knobs are for use with console mounted 8 track tape decks. Knobs are manufactured to exact specifications and feature the correct black and chrome finish.