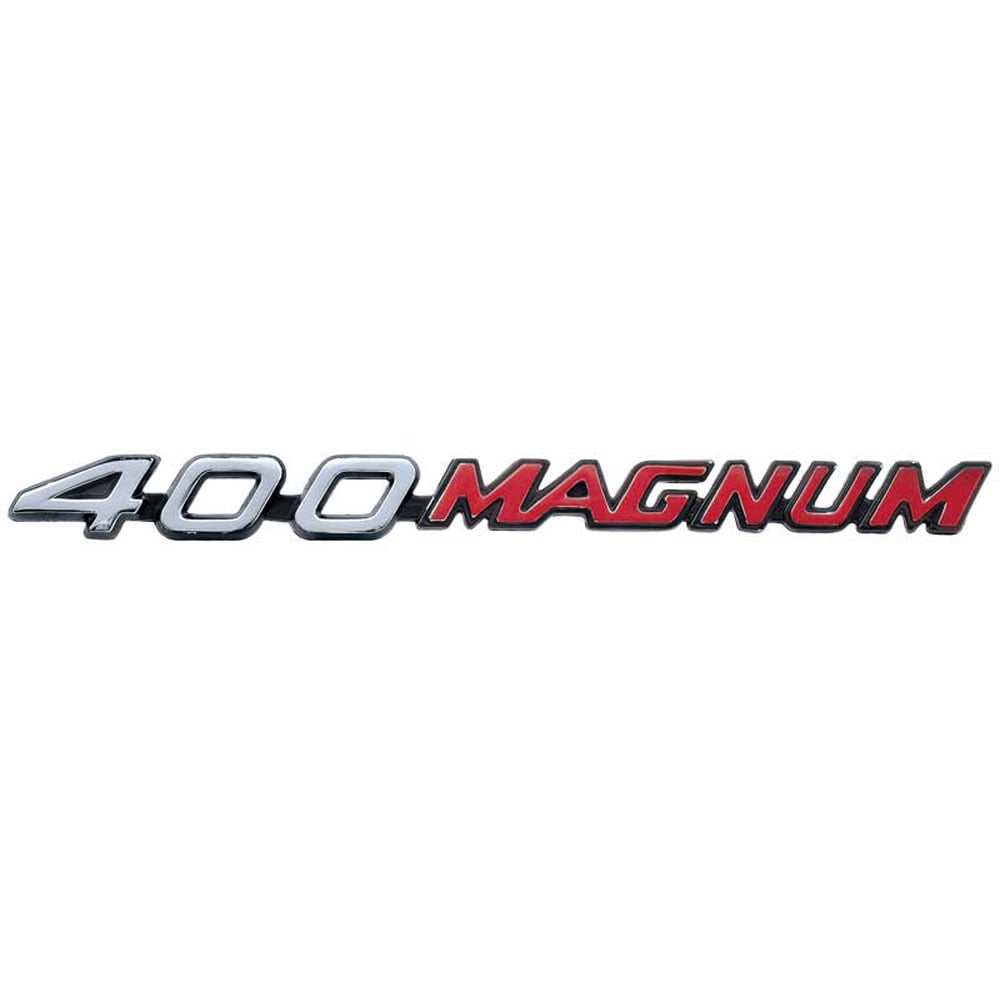 Reproduction of the original “400 Magnum” hood emblem designed for use with 1972-74 Dodge Charger models. Each emblem is manufactured in die-cast zinc material and replicates the original design and appearance. Emblems include all original Chrysler markings, part numbers, and Pentastar insignias on the back of the emblem offering complete originality and authenticity. Includes mounting hardware. Sold individually. Measures approximately 10.5″ in length.