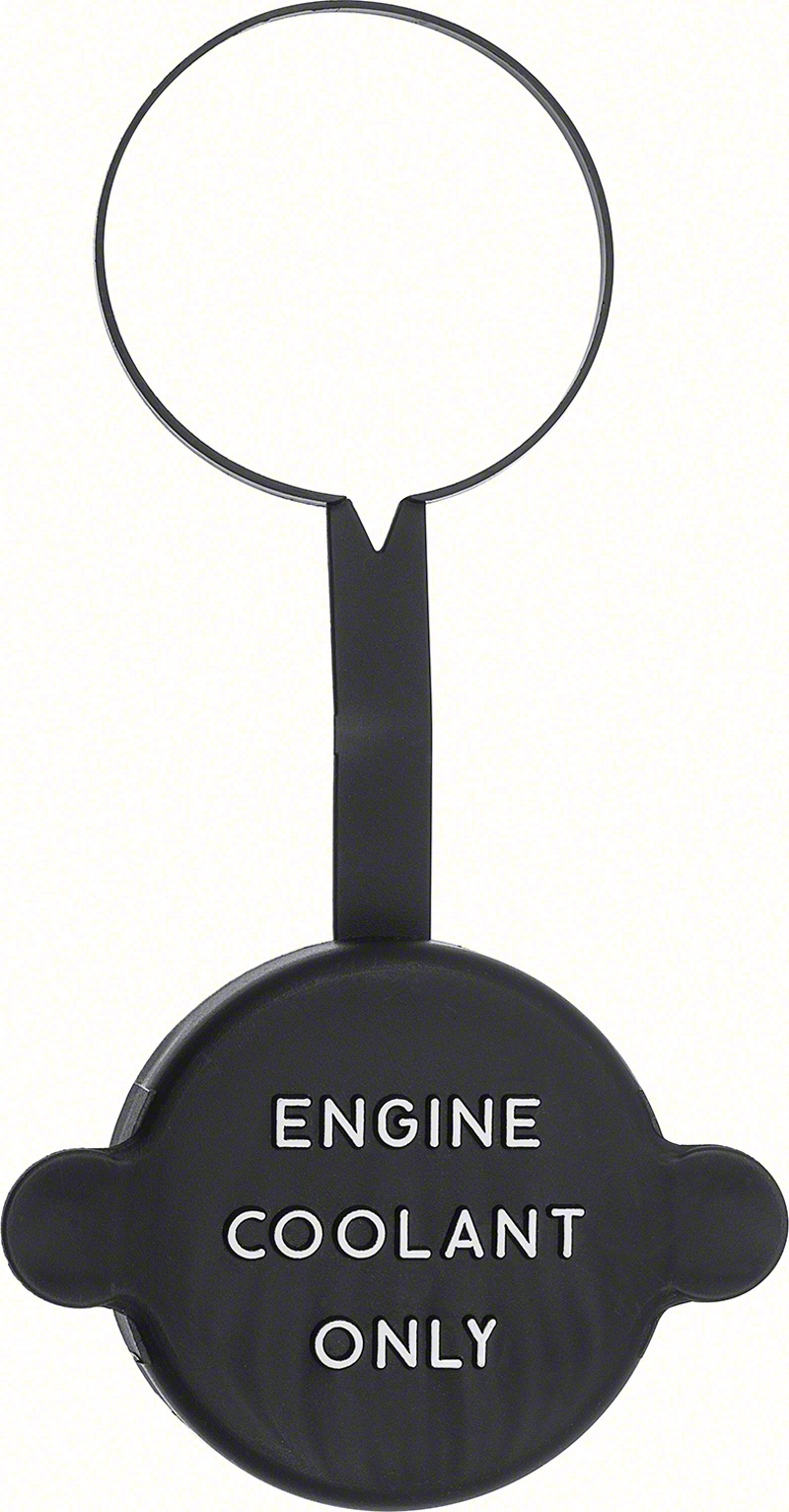 Keep your overflow bottle from leaking with this all new OER&reg reproduction overflow bottle cap. Each overflow cap is manufactured to exact specifications using injection molded tooling. Includes the recovery hose fitting in the cap same as original. Includes all correct lettering and fonts for an authentic appearance.

You are assured that every OER¬Æ part offered is manufactured to exact specifications and will fit and function just like the original part. What’s more, most OER¬Æ products are officially licensed and carry a full 1 year warranty against defects and workmanship. Far above most other manufacturers of restoration products, the OER¬Æ symbol denotes the finest restoration products on the market. Look for the OER¬Æ symbol before buying your restoration parts.