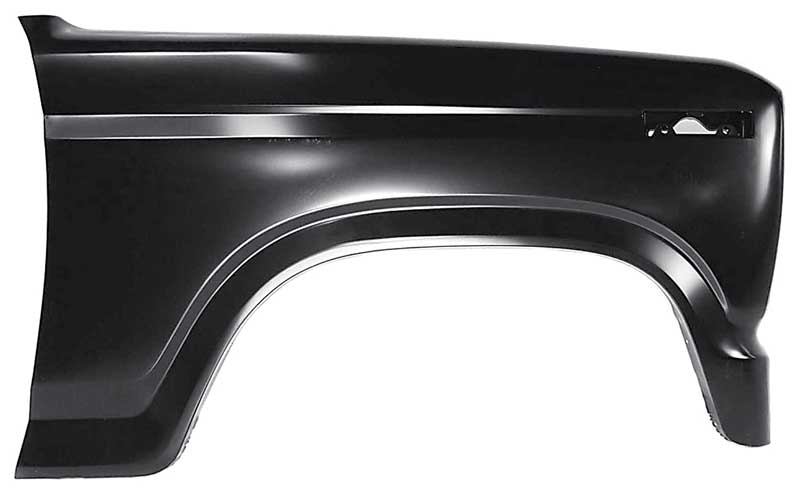 Reproduction of the original front fender designed for use with 1980-86 Ford F100, F250, F350, and Bronco models. Each fender is manufactured in quality stamped steel replicating the original in every detail. The emblem holes are not punched for a clean look but can be easily drilled for a stock appearance. Features correct oprning for side marker lamp assembly. Comes with a black EDP coating for rust and corrosion prevention. For use on the RH passenger side.