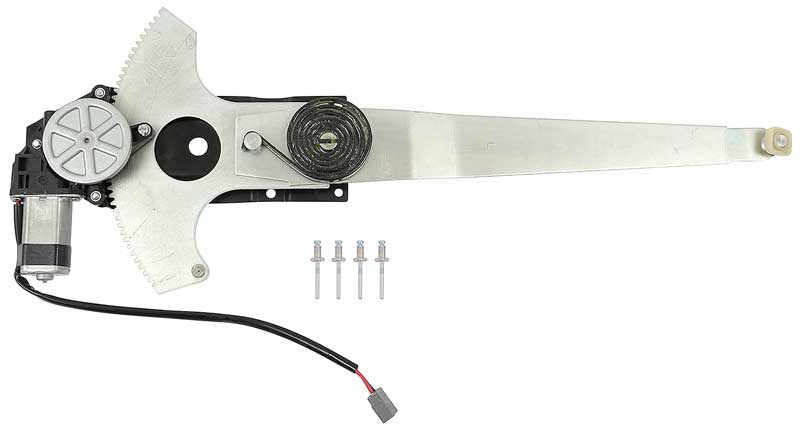 Reproduction of the original power window regulator for use with 1980-86 Mustang and Capri (all models), and 1987-93 Mustang hatchback and coupe models. Each regulator assembly is manufactured to factory specifications. Will replace the old or damaged original regulator and comes complete with the lift motor unit.