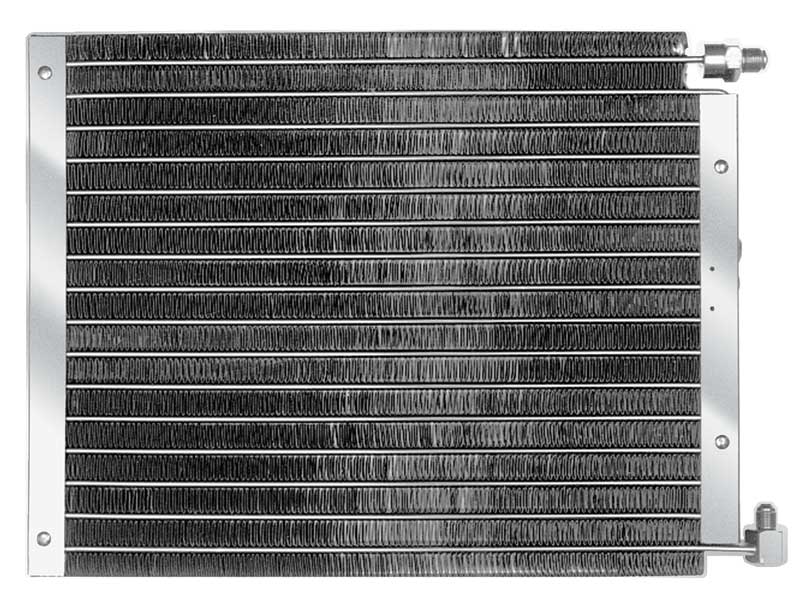 A/C condensers are typically mounted behind the front bumper in front of the radiator so that the coolest possible air can pass through it, cooling the freon in your air conditioning system.