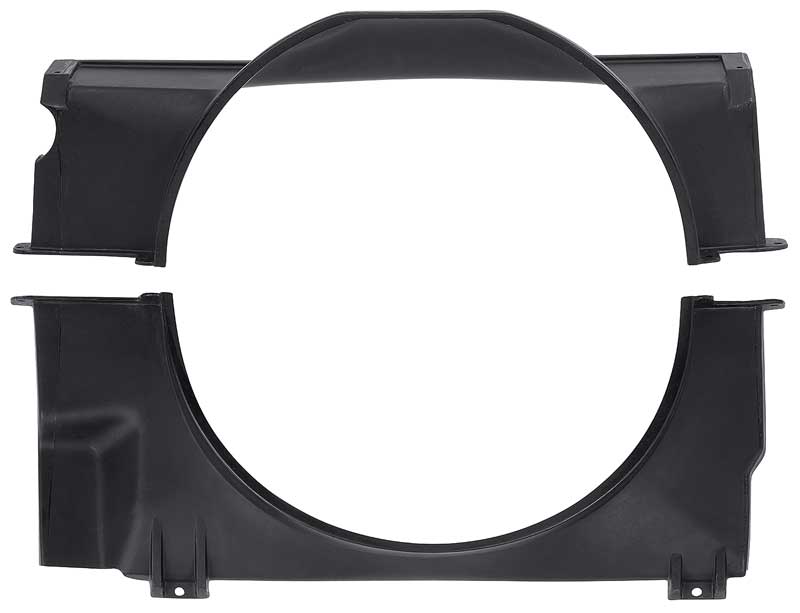 Reproduction of the original radiator fan shroud for 1982-85 Camaro models with a 305-7, 305-H, and 5.0-S motor without air conditioning. Each shroud is manufactured from injection molded tooling for crisp lines and OEM authenticity.

Note: Upper fan shroud is manufactured after the first design fan shroud. The second design shroud features two flat spots on the RH and LH side.