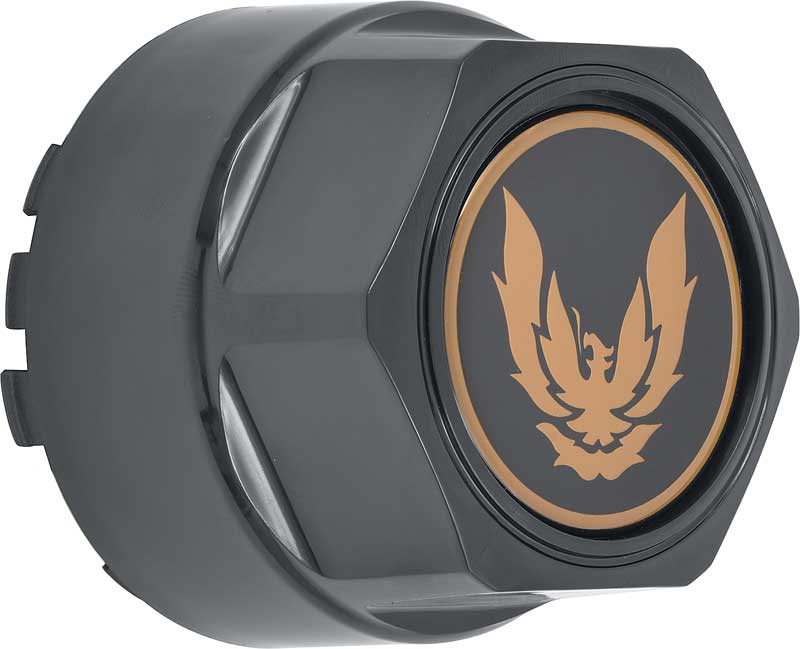 Reproduction of the wheel center cap set for 1982-92 Pontiac Firebirds. This set of chrome caps features the silver Firebird logo and does not have the metal retaining clip attached. Sold as a set of 4.