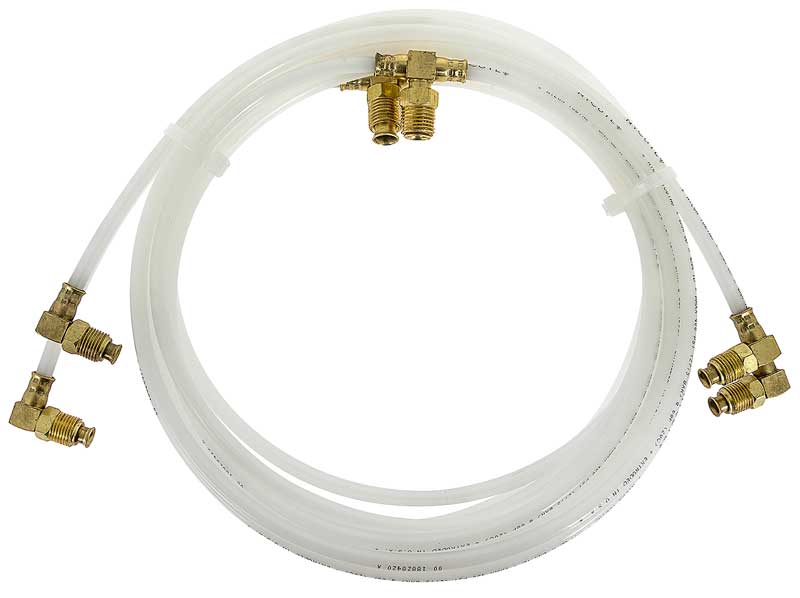 Reproduction convertible top hose set for 1985-93 Mustang. Runs from your power cylinder to the power pump. Sold as a set of 2. Includes upper and lower hoses.