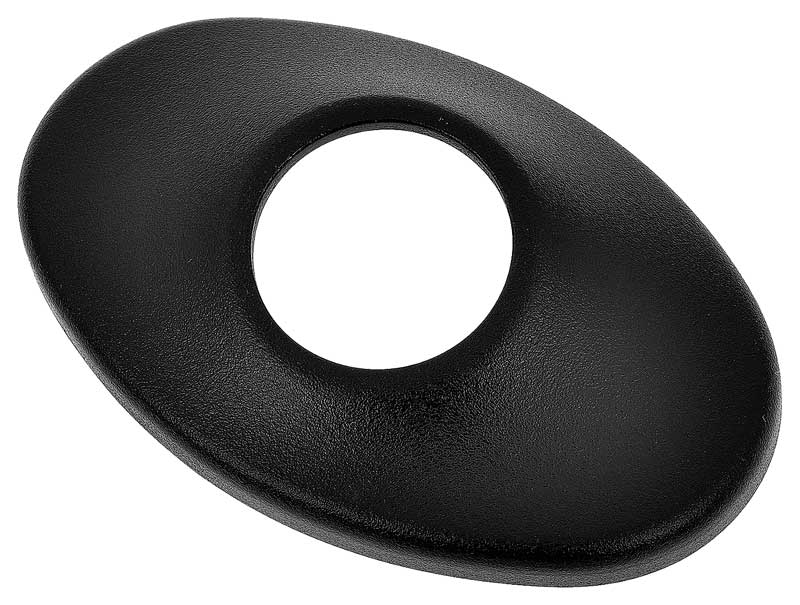 Reproduction black textured finish bezel that acts as a cap to cover the unsightly antenna base on 1994-09 Mustang and 1992-2014 Econoline van. A missing bezel often ruins the appearance of an otherwise nice vehicle. This plastic cap snaps onto the base to improve the cosmetic appearance of your antenna. On some models, a dab of silicone made be needed to adhere the cap to the antenna base.